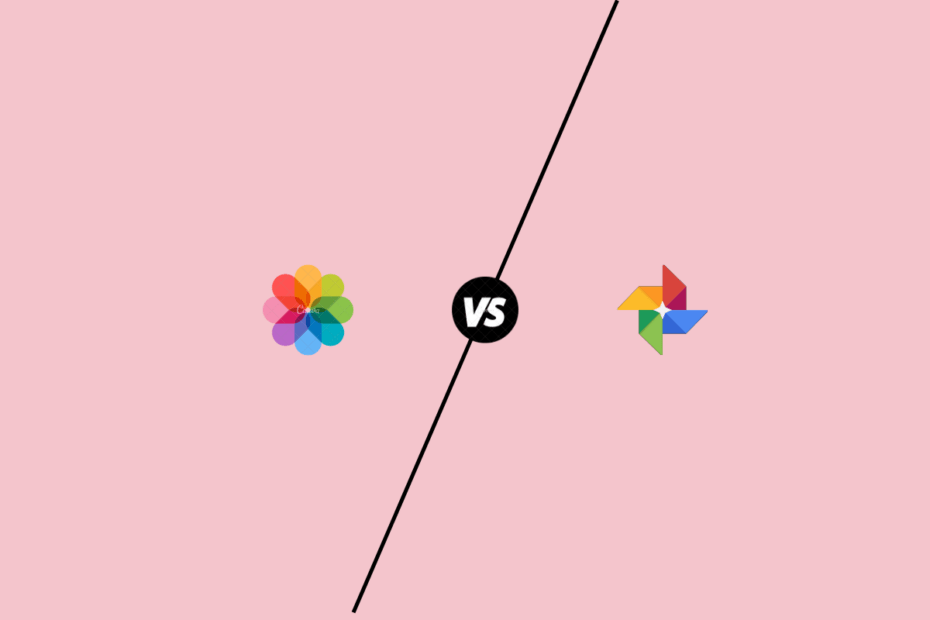 In this write-up, we will compare iCloud Photos and Google Photos. Let’s check out which photo cloud storage is better in terms of interface, storage, pricing, native image editing tools, and overall efficiency in handling a large amount of data in the form of images and videos.

As images and videos make up the most significant chunk of the device storage. Backing up to the cloud is a good idea to keep free storage on your smartphones and tablets. Also, in case your smartphone gives up and turns into a brick, you will still have access to your photos in cloud storage like iCloud and Google photos. After that, you can retrieve the images to your new devices.

With names like Google and Apple involved choosing between the cloud storage can be a little confusing. Let’s go through the various aspects of comparing iCloud Photos and Google Photos.

Google Photos is non-restrictive as compared to iCloud. The former is available on both Google Play Store and Apple App Store for Android and iOS users, respectively. iCloud, like any other service from Apple, is restricted to its ecosystem and can be used by its native devices.

Looking at the iCloud web version, it is entirely for Apple users. There is no separate version for Android users. You can use the iCloud web on the Android browser to manually upload only JPEG photos to the iCloud Photos cloud.

If you use both Android and iOS devices, then you can juggle between Google Photos and iCloud. You also get around 20GB of combined cloud storage. (5GB on iCloud and 15GB on Google Photos)

Being a stand-alone Android user, you have no choice but to use Google Photos. Secondly, if you are an Apple aficionado, then either you can limit yourself to iCloud. Otherwise, you may use Google photos as well, parallel to iCloud.

If you are a power user, you know that 5GB of iCloud will not last much longer. You have to spend some money to upgrade yourself to iCloud+.

Below I have mentioned the current pricing (billed monthly) of iCloud+ plans for purchasing 5GB, 200GB, and 2TB of cloud storage charged by Apple across various parts of the world.

For Apple users in the American continent, here is the pricing chart. 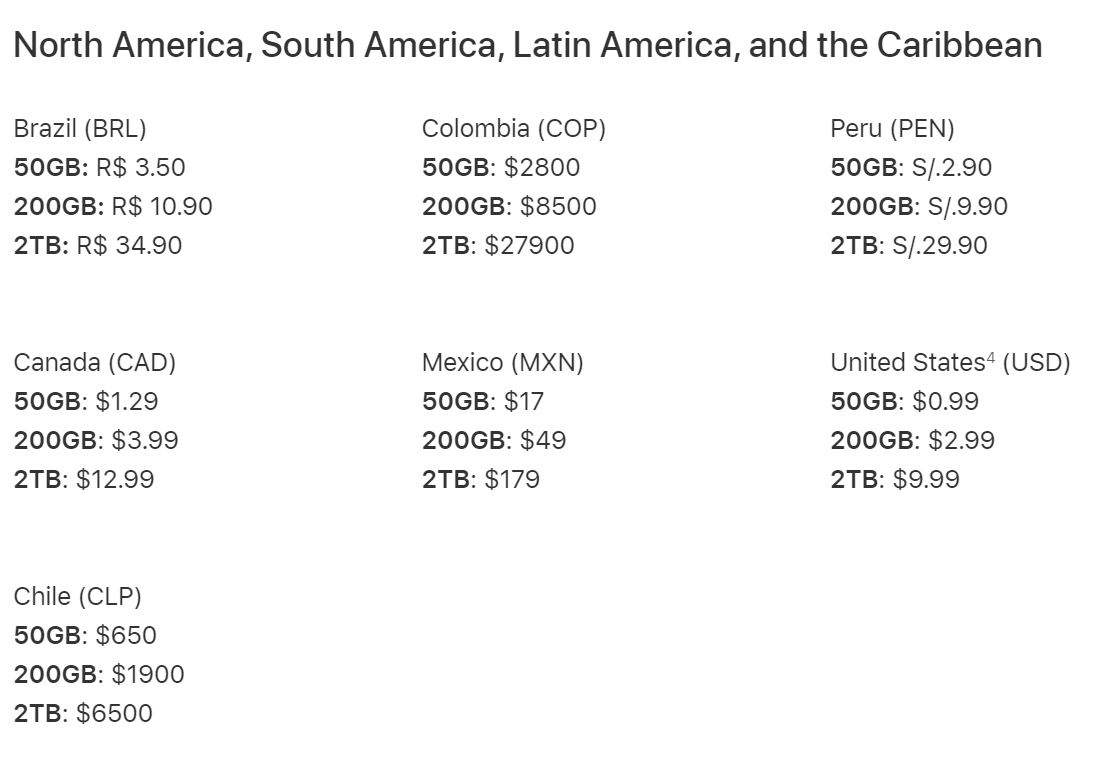 Here’s what Apple users from Europe, the Middle East, and Africa have to pay. 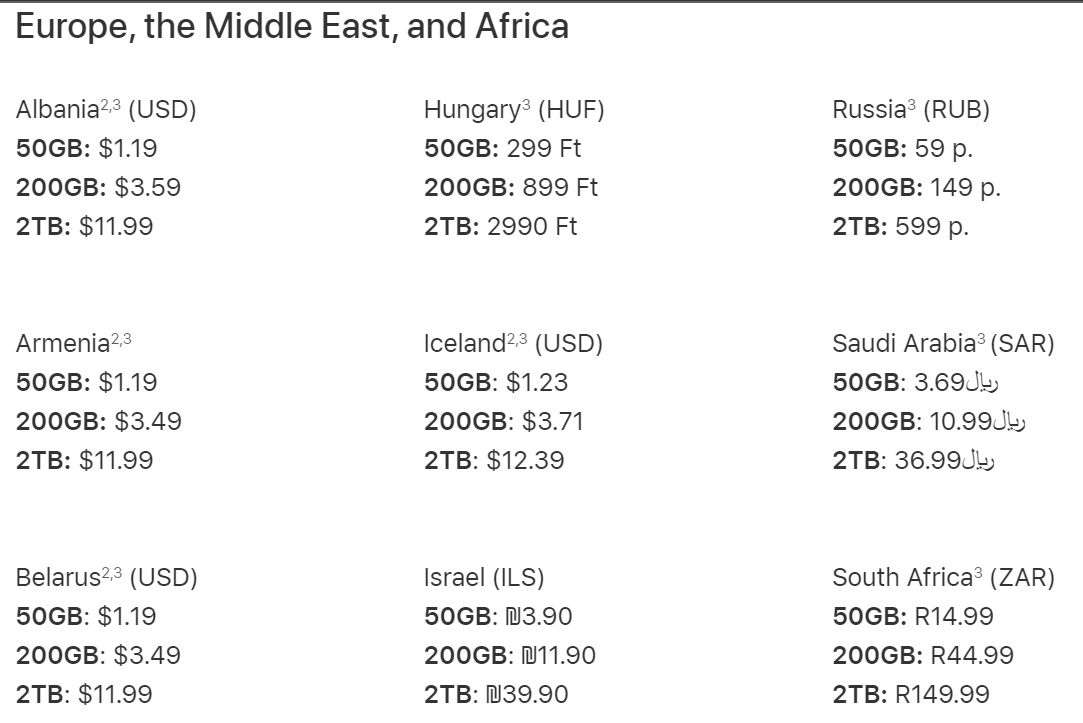 Apple users in the Asia Pacific have to pay this for various iCloud plans. 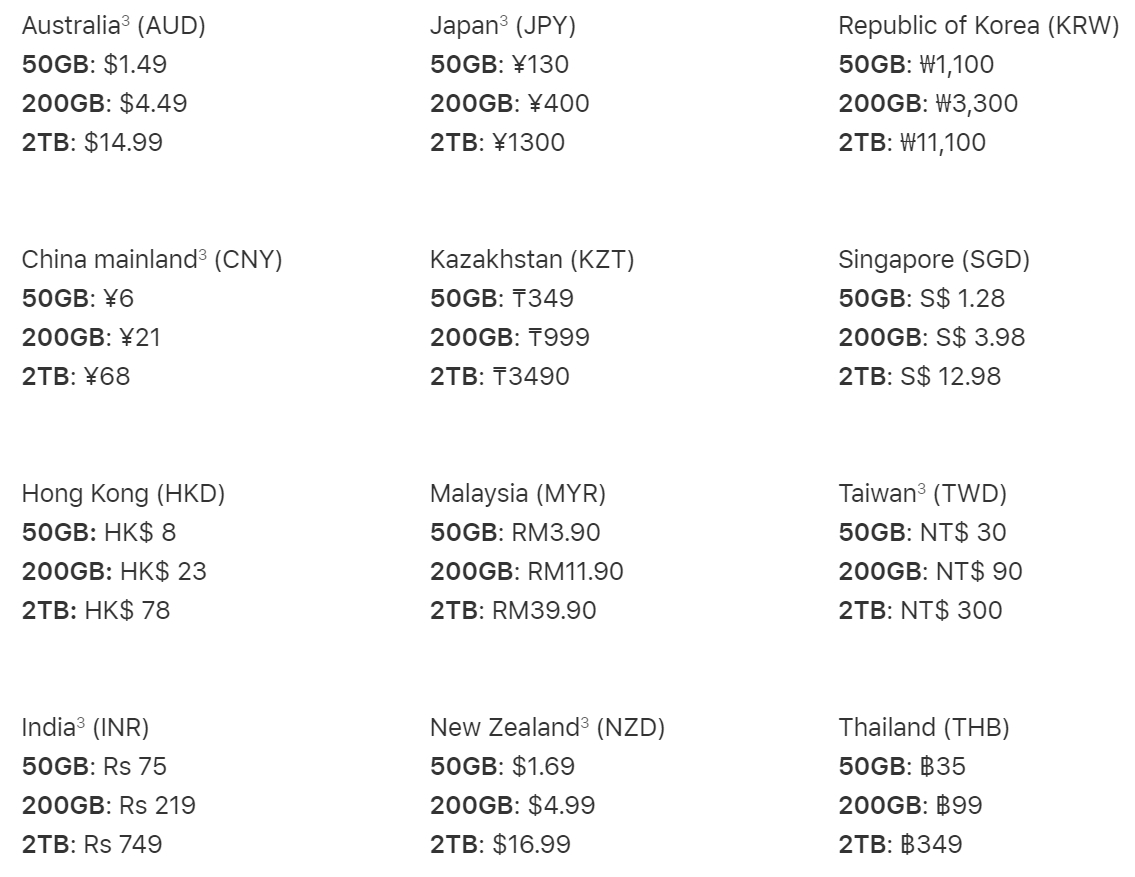 On the other hand, 15GB of free storage from Google will not be solely meant for storing backup images. This storage will be available for other services such as GDocs, Gmail, and Drive. If you run out of 15GB of free storage, you have to opt for Google One subscription.

Also, as we are talking about storing images in cloud backup, keep in mind that Google doesn’t offer unlimited free storage for original photos, the ones with high-quality resolution. The free storage will home both the original as well as the compressed backups.

Here is a comparison of various Google One plans offered by Google in India. Check the screenshot below.

If you are based in the USA, Australia, or Britain, then here is what the Google One plan distribution looks like.

If you are a power user or a professional who captures a dozen photos almost every day, then going for the highest plans is advisable. This applies to both iCloud Photos and Google Photos. Otherwise, 200 GB storage (iCloud) and 100 GB storage (Google Photos) should be the best option if you are trying to use beyond the 5 GB and 15 GB free cloud storage.

The Scope of Image Sharing on Google Photos and iCloud

Both iCloud and Google Photos offer image sharing, but there is a considerable difference between both platforms.

iCloud allows you to create a link for emailing a photo, or you may copy the link of a singular image out of the whole collection of photos backed up within it. There is no option to directly share an image with various other apps.

However, if you are using the native Photos app by Apple, then you get several sharing options to various social media apps installed on the concerned Apple device, along with direct email sharing.

On the other hand, Google Photos enables you to create direct links to albums. You can share the photos within Google Photos backup via email link sharing. Even sharing on Facebook and Twitter can be done with one tap. 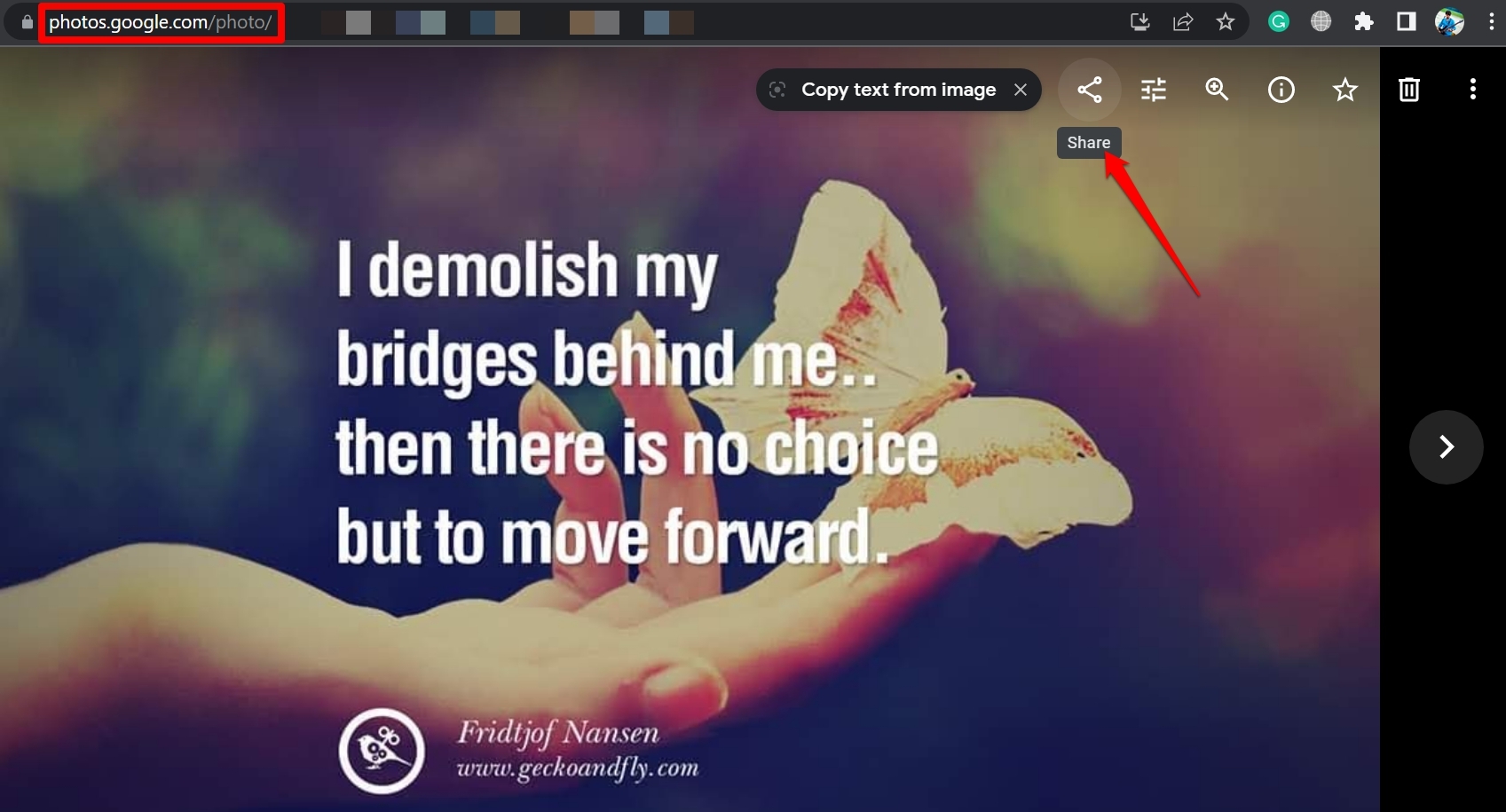 How Efficient are Editing Tools on Google Photos and iCloud Photos?

In the aspect of the provision of editing tools, Google Photos again takes the cake when compared to iCloud. You can edit your photos under Google Photos from multiple devices on which you have been signed in with the concerned Google account.

On the other hand, iCloud users can utilize the editing feature through Apple’s native Photos app, which is available on iPhones, iPads, and Macs.

If you are looking to make quick tweaks to your images through the Google Photos editing tools, then the editing interface will be more than sufficient for that purpose.

These editing tools follow an AI-based algorithm that uses automation to fine-tune the images. The Google Photos editing interface offers various filters that you can apply to give a realistic touch to your photos.

Though Apple limits the scope of editing to its native app, the editing interface is at par with the Google Photos interface. It, too, relies on automation and provides the essential tools required to quickly edit an image.

If you are a professional photo editor, I’m sure you would prefer tools such as Photoshop, Adobe Lightroom, or Canva. These apps offer full-fledged editing tools loaded with the best options for customization you can artistically think of.

In this aspect, both Google Photos and iCloud offer an exceptionally organized interface to navigate through the latest and older photos stored within them.

The web interface for Google Photos and iCloud Photos is quite similar. The only visible difference is Google Photos offers a scrolling timeline to navigate to older photos stored on them. Makes it very easily move to the year in which you backed up the photo to Google servers.

On iCloud, you have to manually scroll around till you get to the photos that date back a few years. The timeline will be only mentioned at the top of the screen as you scroll. If you have some photos that you like, then you may group them under the Favorite album.

It doesn’t matter whether you are using iCloud or Google Photos you can easily navigate through tons of photos very quickly.

You can install the Google Photos app on Android, Windows, Mac, and iOS devices. You are given the option to upload the files in actual quality or reduce the file size but retain quality. The Google Photos backup offers more control for mobile devices where you can exclude videos from backup and select the photos to upload.

On the other hand, iCloud is available for Apple devices only, you can use iCloud Web across other devices, but there is no backup feature available. All the photos and videos available in the Photo library are uploaded to iCloud Photos; you cannot exclude videos.

Though both are good Google Photos offers more dedicated feature and options and can used on device, on other hand iCloud Photos works good only with Apple devices. If you are totally into Apple ecosystem then iCloud with upgraded plan can do the job for you.

This marks the end of this informative comparison between iCloud photos and Google photos. While both cloud storage services are efficient and powerful in their way, it entirely depends upon what devices you are using.

Android users should stick to Google photos for the sake of accessibility and convenience and also their limitations and restrictions in using the iCloud web interface.

If you have an Apple device, try out both Google photos as well as native iCloud photos. Again it depends upon what is your usage like and whether you can afford to buy extra cloud storage space.

Compared to Google Photos, which only sells extra storage under its Google One plan, iCloud seems like a better choice with its standalone plans. In some countries, the pricing may be over-the-top, but you cannot compromise with storage if you are a power user.

So, which one would you prefer to use? iCloud photos or Google photos to create a cloud backup of your images? Let us know in the comment section.