How to Recover Older Version of File in Dropbox?

Looking to Recover Older Version of File. Here is the Comprehensive Guide to Restore Previous Version of a File in Dropbox using Desktop Browser or Dropbox App. 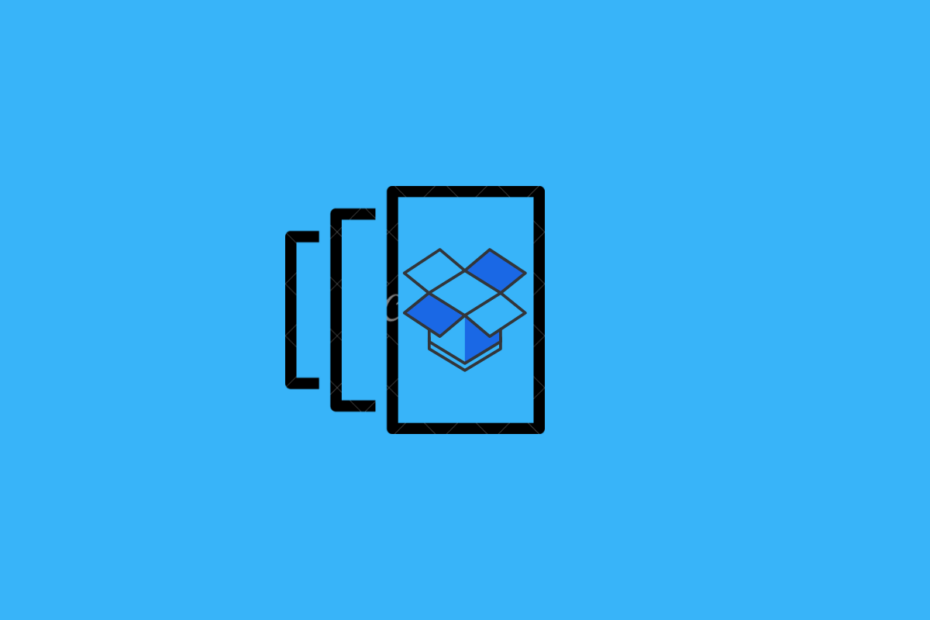 Dropbox is a fantastic utilitarian tool. Popular file-hosting platform Dropbox is many people’s favorite when it comes to cloud storage and backup solutions. It allows users to keep all of their files safe and readily available on any device. Quick and secure file sharing is also facilitated on Dropbox, where users can send files to other users. File sharing is not a problem, even if the recipient is not a Dropbox user. Collaboration is simple on Dropbox; users can manage their files, sync files, and work with others.

Something that makes collaboration in Dropbox easier is the recovery of older versions of files. Dropbox’s version history preserves records of all modifications made to files stored in your Dropbox account. Restoring the previous version of files can be done if users want to reverse the changes made to a file.

Who can Restore Previous Versions of a File, and in How Many Days?

Restoring the Older Version of a File on the Dropbox Website

Previous versions of a file can be restored on both the Dropbox website and the desktop app. The process is simple, and users can restore older versions of files any way they would like.

Step 2: Locate the file whose older version you want to restore, select it and click on the three dots. Then, Click on ‘Version history‘. 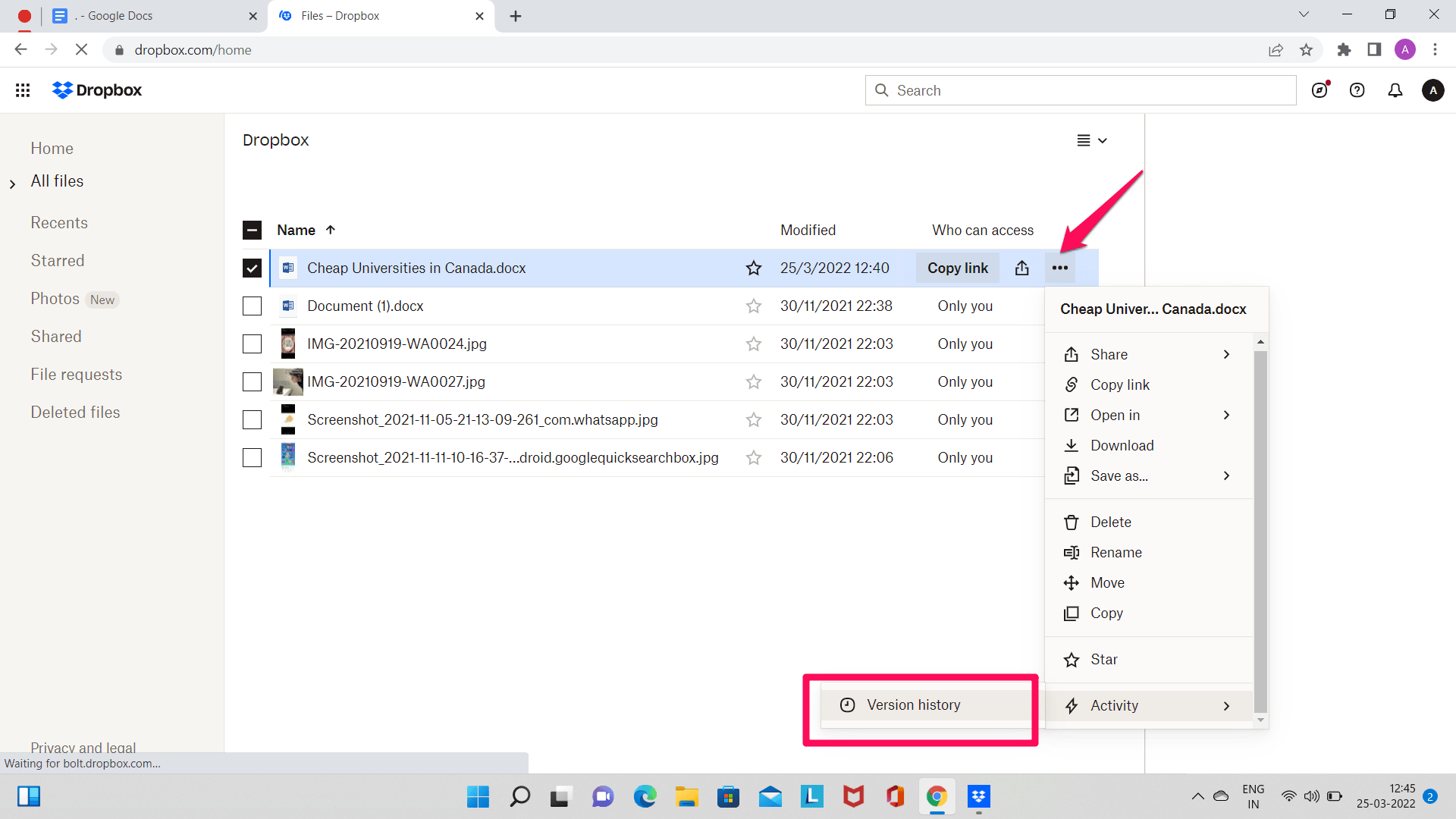 Step 3: From all the versions of the file, click on the version you want to restore. The file version will be restored. The name of the file will remain the same. 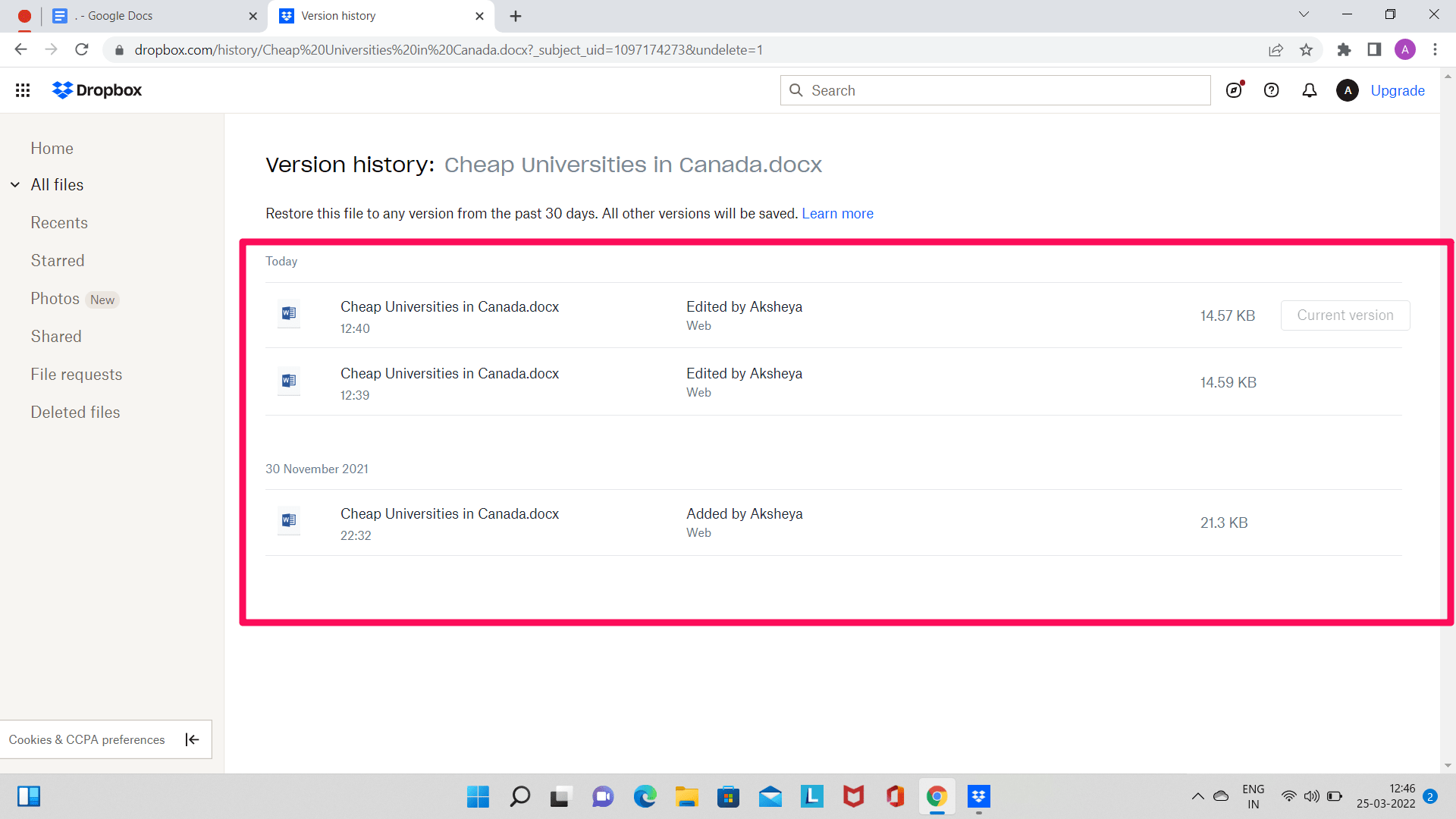 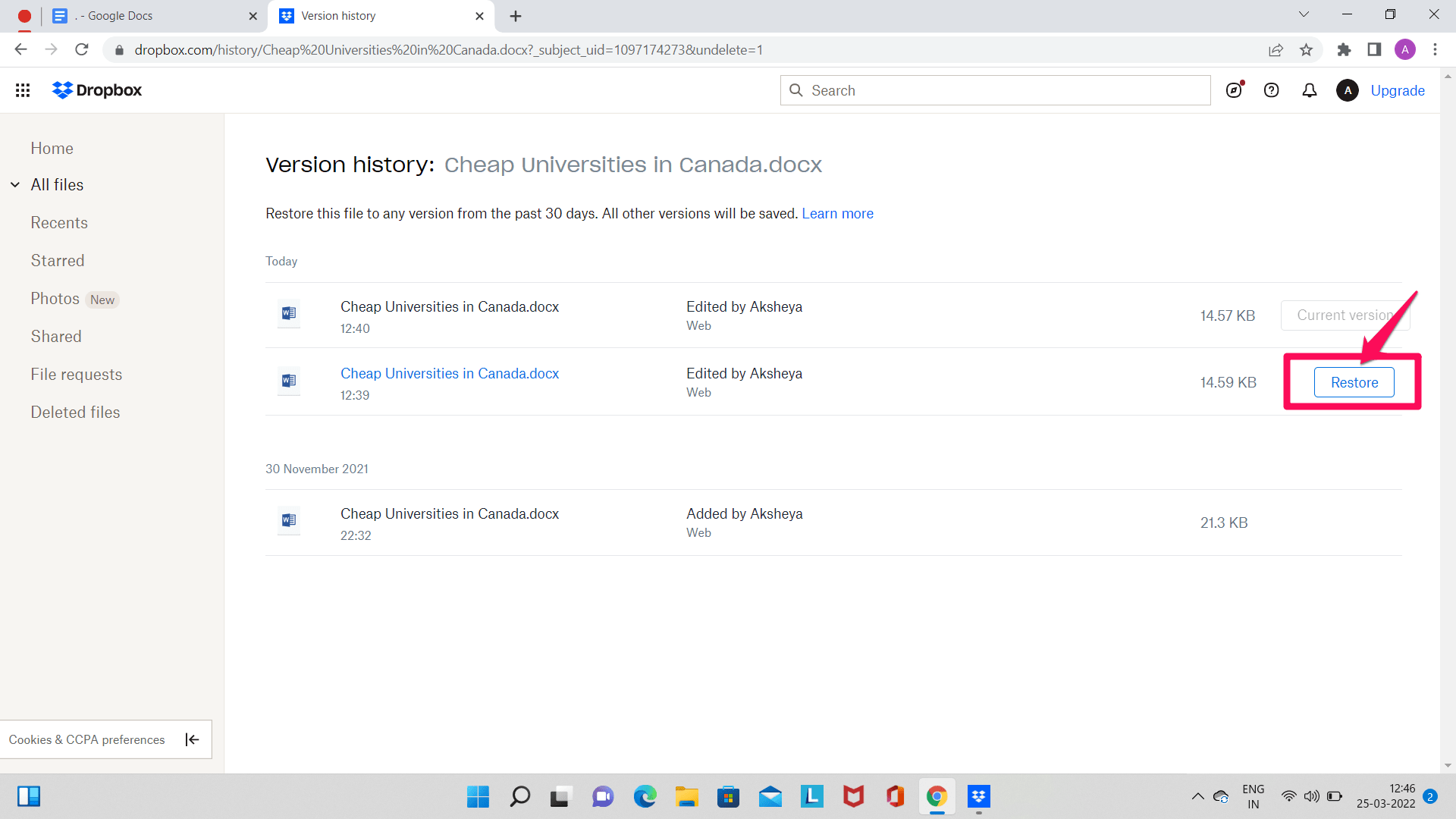 The file will become accessible in your Dropbox account.

The process of restoring an older version of a file in the desktop app of Dropbox is a bit different compared to the website. Here are the given steps:

Step 2: In the File Explorer, go to the folder in which your file is in and locate the file. 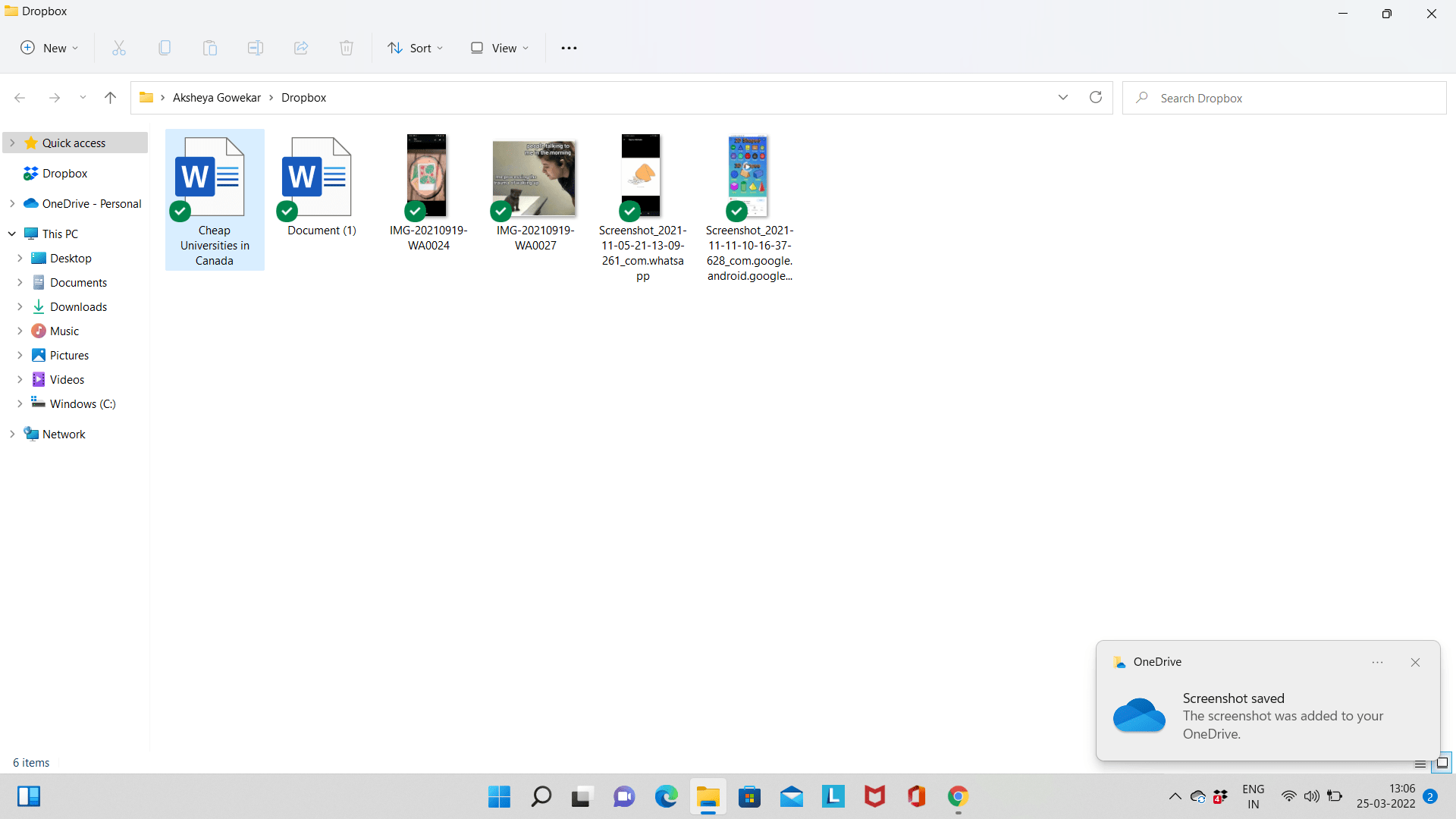 Step 3: Once you locate the file, right-click on its name and click on ‘Version history‘. 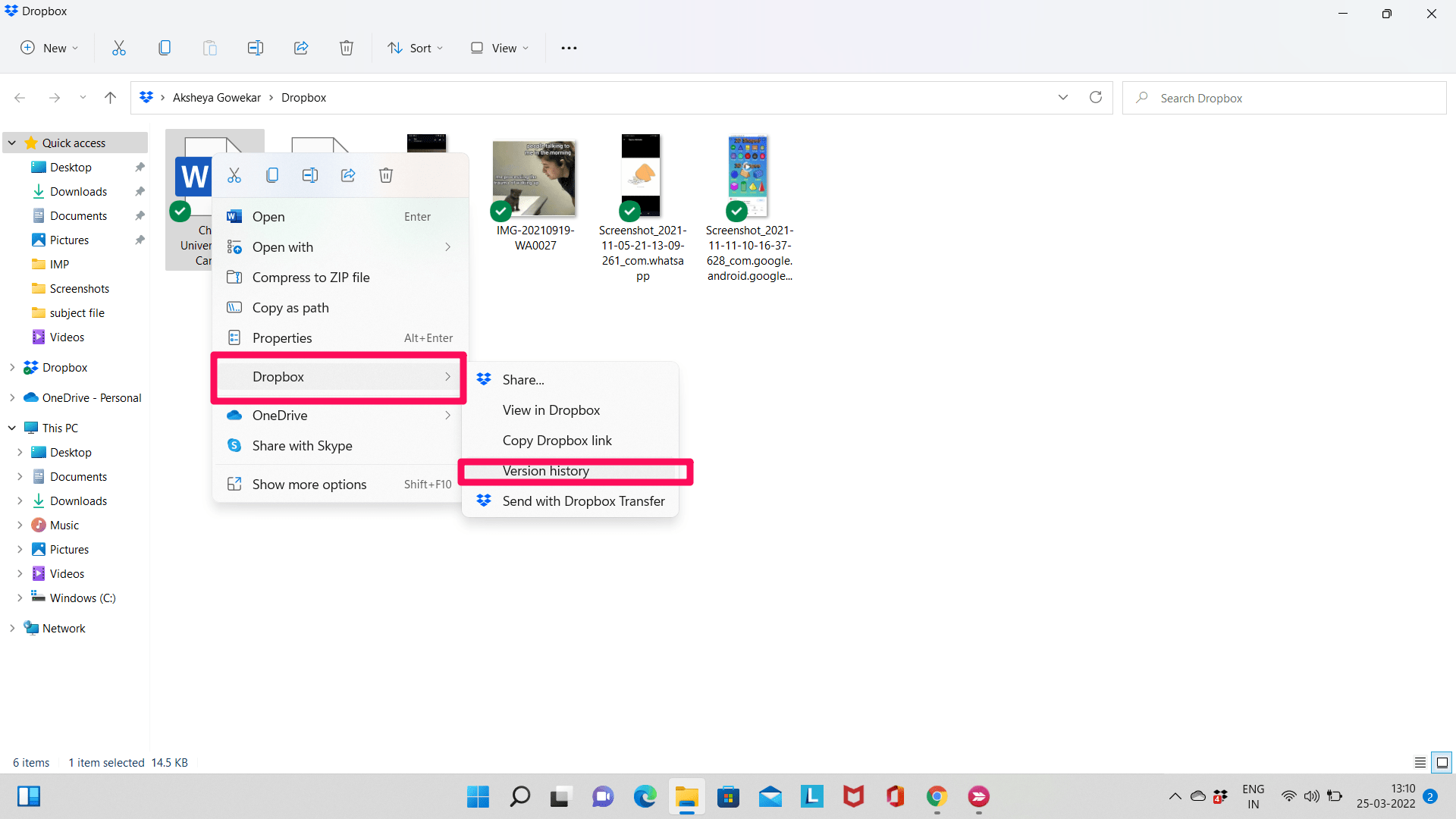 The previous version of the file will be restored.

Dropbox is an excellent file hosting service. One of its many plus points is allowing users to restore older file versions. The above guide details the same process. Follow the given steps and let us know if it was helpful.