Catbox is a 200MB file-sharing Service. Here is the Guide Detailing Whether, Catbox.moe is Safe or Not and know more about the online service. 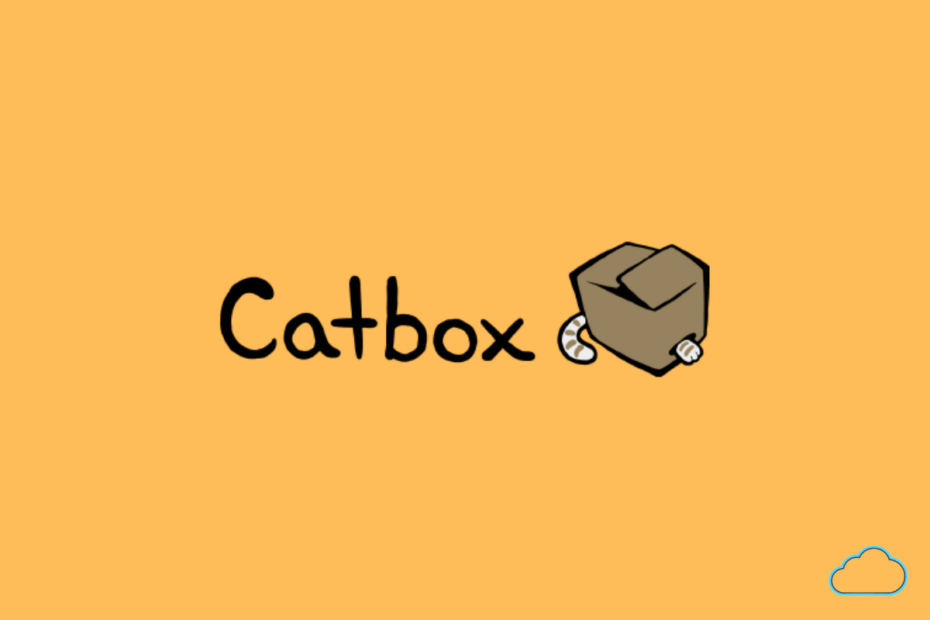 Catbox is one of the cutest file hosting services on the internet. It is a lesser-known but influential file hosting platform that was launched a couple of years ago. It allows anonymous uploads of up to 200 MB per user for free. A user does not have to worry about using too much storage space on Catbox.moe. It does not have any embellishments and only has basic features, but it is pretty stable. Users can upload files and create a profile on the platform to keep track of their files.

Click on the Select or drop files option on the homepage. Select the file less than 200MB and done, a download link will be generated. You can also directly upload the file from the download link using the Catbox Upload Via URL option.

Catbox is no Google Drive or Dropbox, but it does have some nifty features. Let us take a look at some of the features of Catbox.

Like everything in this world, Catbox has some limitations too. The most significant limitation is the upload limit of Catbox.

Catbox is safe as per the web scan performed using the VirusTotal service. The site, when scanned against 80+ malware and antivirus filters, came out clean. So, you can expect the Catbox to be clean. 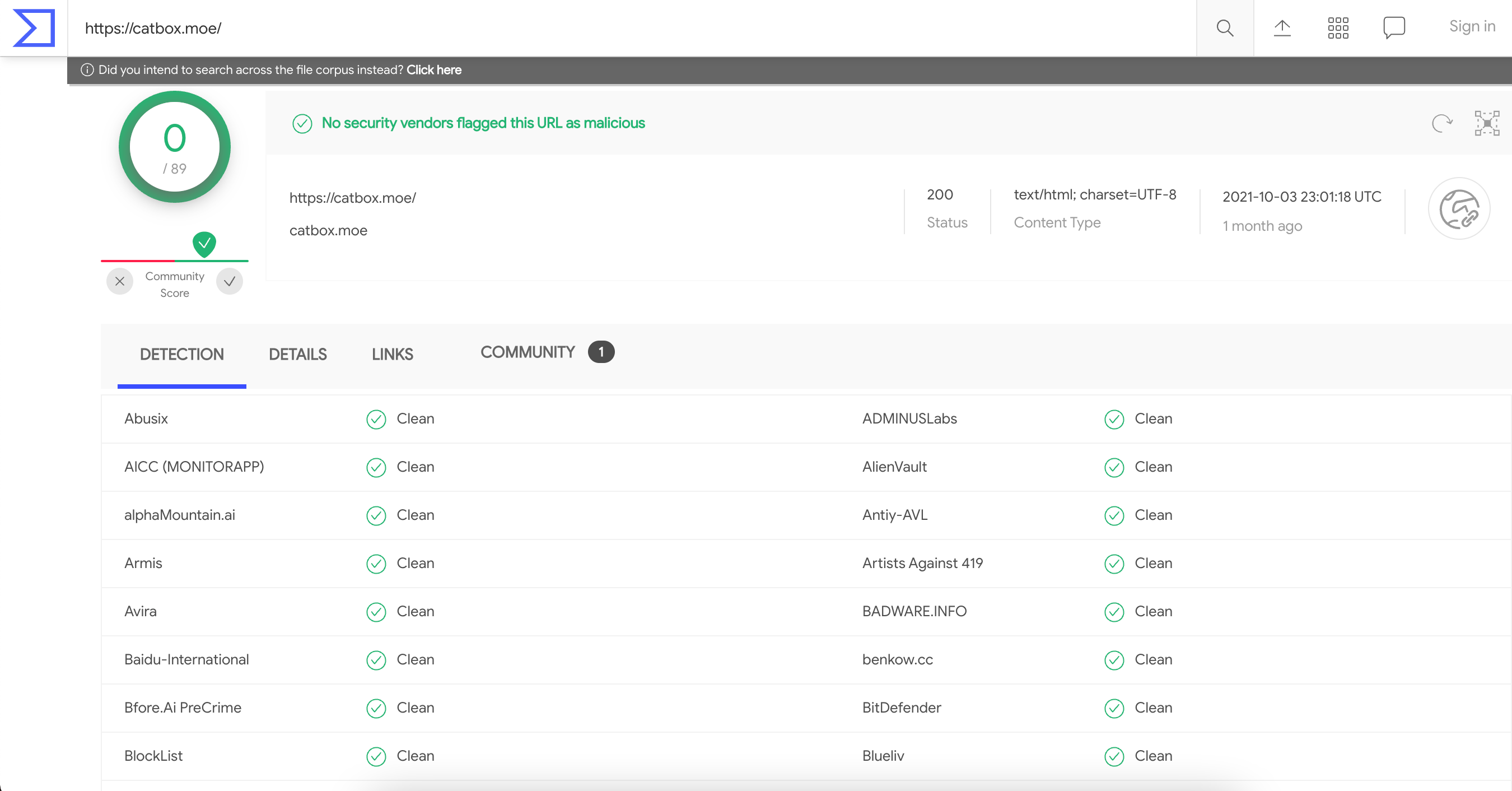 Catbox alternatives are a dime a dozen on the internet. Anonfiles, MEGA, Dropbox, Tresorit, Retroshare are some of them. All of them have different upload limits. The storage space provided by them also differs. Some of them have subscription services that provide extra storage space at extra cost.

The creators of Catbox present the litterbox. It is a temporary file storage service that temporarily allows users to upload files of up to 1GB. Users can choose to save their files for one hour, twelve hours, one day, and three days. The upload process is simple as users can upload files by dropping files. It does not support .exe, .scr, .cpl, .doc, and .jar files.

Some ISPs and filtered DNS servers currently block catbox Moe. If you’re a subscriber of British Telecom (BT), Vodafone, or some Australian/New Zealand ISPs, and are not using custom DNS servers, you will probably have issues. Consider using OpenDNS, Quad8 (Google DNS), or Level3.

If the Catbox.moe is down, then it is best to check the site on the down detector. You can also change the DNS on your PC manually or download a DNS changer App for your PC or Mobile Device.

What kind of files are banned on Catbox?

What information about the users does Catbox save?

Catbox saves the IP (Internet Protocol) address of the users along with their uploads. It does not save any other user data.

How is Catbox free?

Catbox runs on donations made by users. You can donate to Catbox through Patreon.

Catbox is relatively safe as it is free of malware and viruses, but please try it at your own risk.

There you have it, folks! This is everything we know so far about Catbox. We have mentioned its features, limitations, and FAQs. We hope this post was helpful to you. Do try Catbox and let us know if you liked it.